La Scala Church is the 4th largest church in Europe

After a long 10 hour flight to Paris, we had a short layover and then we were off to Milan!  That short layover however meant…..lost luggage!  Good thing we brought carry-ons with us though so we were ok for a couple of days!  I have to say the European’s aren’t very efficient with their processes.  It takes forever for luggage to come off the plane, people can’t give you a straight answer, and they just seem to not be “as nice”.   Perhaps it’s the whole “American Tourists” bit… but I thought we were more like the “Chinese Tourists” this time around!

Ok enough with the bickering about losing our luggage, and lets get down to the first stop of the trip, Milan!  We spoke to a couple of our friends and they all mentioned  you can do most of the stuff you want in a day, so we scheduled to stay in Milan for only a day.  We were supposed to arrive at about 2:15PM, but ended up getting to the hotel around 4PM cause we were dealing with our lost bag.   We had arranged for a car to pick us up so that we didn’t have to deal with finding out how to get to the airport on the first leg of the journey.  Although it was expensive… it was less stressful so we thought it was worth the extra cost.

Now that we know better, you can definitely take the train directly into Milan Centrale Station and it’s really inexpensive.  From that train stop you can easily connect to pretty much any other subway line to get to other parts of the city.  We stayed at the Milan Marriott as Grace had a bunch of points that she used to book the room.  Our hotel was off the M1 Red Line (Wagner) so we were able to take that train to all the places we wanted to go in Milan.

The car ride there cost us 90 Euro!  Crazy right?  but yes take the tip above and just take the train into the town… so much easier and cost effective!  As we got ready to head out we walked pretty much along the M1 line to the train station again.  As we walked down the street you could see all of these fu-fu- looking cafe’s that all looked so nice!  Our first stop was the Duomo of the city which is the site of the La Scala Church

What we hadn’t realized when we got to the Duomo was that it was Fashion Week that week in Milan!  Models everywhere and all these tents getting pitched up.  Very cool indeed.   We hit up the whole area around the church, did some shopping along the square there and bought some clothes for us just in case we were not going to get our bags anytime soon.

We decided to do a bit more walking and go to dinner!   We were recommended to go to a couple of restaurants by the hotel and glad that we went!  There were two restaurants in particular that I think everyone should go to 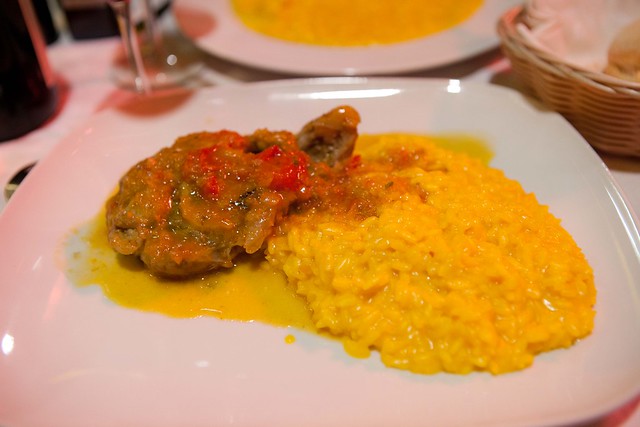 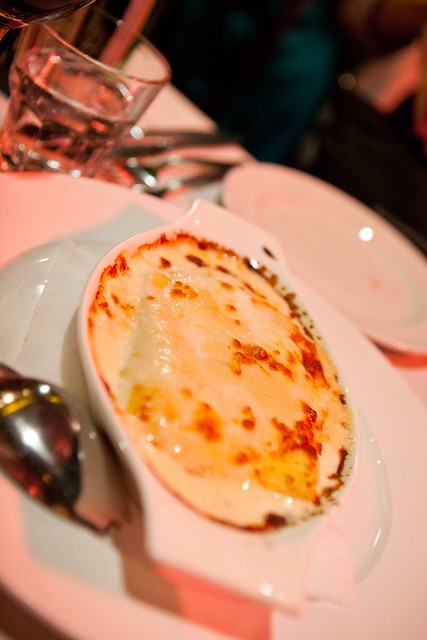 After dinner we decided to walk around some more.  Italy is one of these places where I think it just naturally makes sense to walk around as much as possible b/c all of the cities are so beautiful, especially at night.  We of course did what any American tourist would do on their first trip out to Italy, GET GELATO!!! We tried to just forget about how annoying it was that we didn’t have our baggage but tried to not let it get to us!

Still no bags 🙁  Even though they said it was going to get to us shortly, it didn’t come yet!  The hotel was also supposed to help us with getting our bags, which I found pretty useless

note to friends:  when dealing with lost baggage’s, just do it yourself, don’t pass it to someone else b/c no one will care more about your bags than you!

Apparently it was still in “tracing” stage which had us thinking now that we were never going to get our bags *sigh*.

Again, we were not about to let our bags get in the way of us enjoying our vacation, so off we went to a nearby “Castle” (can’t recall the name)  to go check it out.  Really pretty place but really covered with all these people trying to sell stuff to us.  It got to a point where it was actually really annoying so we didnt stay long and decided to head out for an early lunch.  We went to a restaurant called “Art” for pizza and pasta.  As we sat down, guess who walked right by us?! Lake Bell!  Not that we are huge fans of hers but it was cool to see a celebrity out there since you always read about them traveling abroad in the gossip magazines.  ha

Here’s some photos of the pizza and past we had at Art! 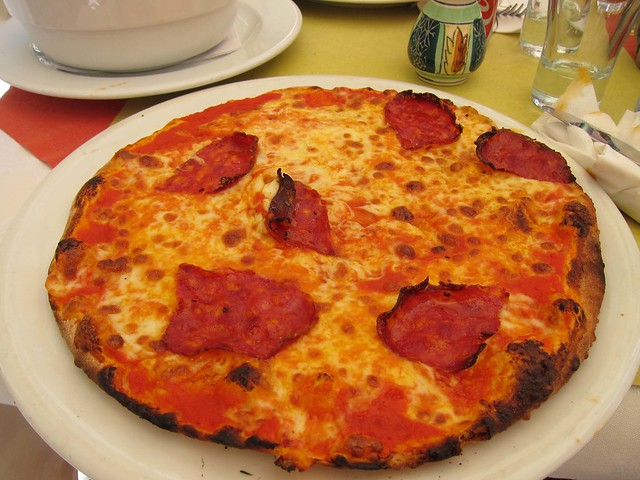 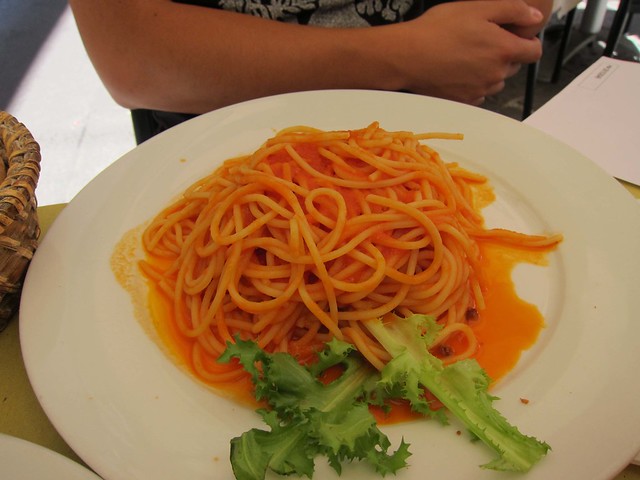 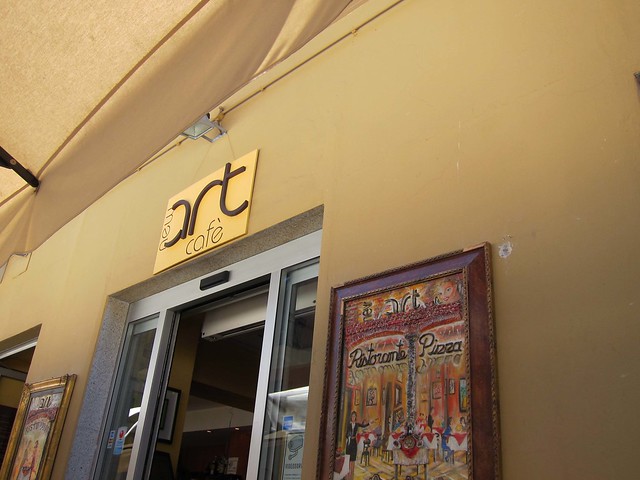 As we were walking back to the hotel to get some rest after lunch I decided to call the airline again to check on our bags, to our surprise, the bags were in transit!!  Whoop Whoop!! The crazy thing now was that we were supposed to be leaving for Lake Como that night so now we were worried that we didn’t know where the bags were going to be dropped off at!  We had giving them both locations since we were only staying a day at Milan, so hopefully the bags were in transit to Lake Como and not Milan!  We had to head out so we asked the concierge to call us if our bags showed up, fingers crossed!!

Headed to the train station and luckily I had ordered all of our tickets beforehand so we didn’t have to go and buy anything at the station, all we had to do was to get it printed and off we went!  Pretty easy actually!

“Note to friends”:  Make sure you have your booking numbers when you want to get your tickets.  All you really need are the codes and your last name and the machine will print all of your tickets on the spot.  As I mentioned earlier, we booked all of our train rides on the web at http://trenitalia.com.

After we got our tickets, we found our train and off we went!  The trains were pretty nice and it made me wish we had this kind of public transportation back at home.  It’s very convenient and comfortable to travel this way.  (Lets get this High Speed Rail passed!) 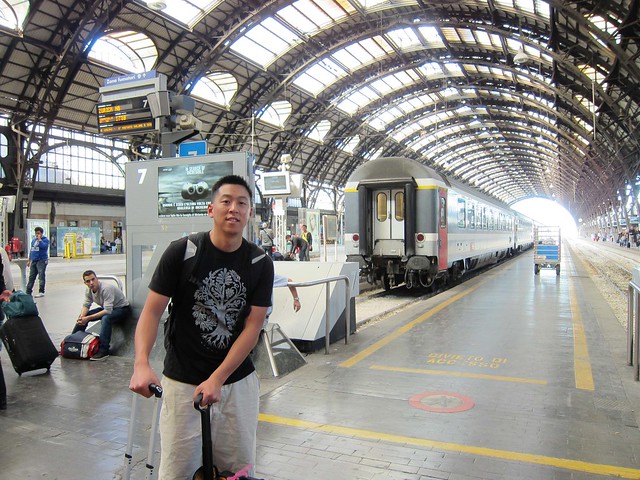